Home
\
Kids & Teens
\
Some Of The Negative Impacts Of Cartoons On Children’s Mind!

All the parents are very much familiar with how much a kid loves to watch cartoons on TV, mobile phones, or laptops. The kids’ go crazy to listen, the name of cartoons. They do not let go of any of the chances to watch cartoon shows. They all are loved the cartoon characters and imagine themselves like the character. As a consequence, sometimes they injured themselves by attempting some stunts.

Thus it is the duty of all the parents to be aware of what their kids are watching and is it good for their mind or health or not. However, cartoon shows have many benefits but along with that, it has many negative aspects as well. When kids see cartoon online shows, make sure that they do not any violent scenes or action scenes. It is not good at all for their health and brain.

Sometimes the impacts of the negative things become so strong that a kid can turn angry and aggressive. They can harm their little brother or sister as well. Therefore, try to see watch your kids are watching in your absence. Only a handful of good series of cartoon shows can offer your kids some good qualities, otherwise, it only creates a bad or negative impact on their minds.

Some Of The Negative Sides Or Impacts Or Watching Cartoons

As well, all know the fact that every good thing comes with some bad qualities as well. Thus, watching cartoons has few negative sides. Now let us see those negative things about cartoons in detail.

Often in the adventurous cartoon shows or anime movies, there remain many violent scenes, which can create a negative impact on the minds of kids. Even they will behave the same way with his or her family member. Sometimes, they might get furious as well and can harm their younger brother or sister.

When kids get fully addicted to cartoon shows, for some reason if they cannot watch their favorite shows then you may watch their bad tempers of moods as well. They will always remain angry and irritating. Thus, watching cartoons can lead a kid or turn into a bad temper.

Watching cartoons can even create health issues. It is one of the worst things, which cartoon shows bring for a kid. Different types of health problems will increase in their life every now and then. Every day they can face different kinds of health problems and remain sick.

The kids get so much influence that they can attempt to do the scenes shown in the show. They try to do those things exactly the same. In addition, to do these things, they injured themselves. In the action cartoon shows, there are most of the scenes are full of actions. It totally captured their mind so strangely that they think they can do the scene as well. In this way, they hurt themselves.

Mood changing or mood swings is another one more thing, which is not good for kids’ minds and health. We often notice the mood swings attitude in kid’s behaviors. They misbehave with their older family members like grandfather and grandmother. Even they do the same thing with his or her sister and brother. Thus, watching online cartoons or on the TV, can lead your kids in a bad condition.

Therefore, watching cartoon shows can bring these negative impacts on your kid’s mind. If you do not want your kids to suffer from these things then be very aware of what they are watching and convince them what is good and bad for them. 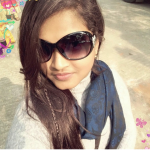