Have you seen those bright flashes that lit up the sky recently? It wasn’t a bird or a plane. It’s BLΛƆKPIИK (in your area), the biggest girl group in the world smashing the Billboard Hot 100 charts with songs from their very first full-length album cunningly entitled “The Album”.

This is definitely the craziest year for BLΛƆKPIИK after releasing their comeback pre-teaser album track, “How You Like That”, doing successive collaborations with Hollywood stars such as Lady Gaga, Cardi B, and Selena Gomez, and making history as the first-ever K-pop group to break into the 1 billion views club on YouTube with “Ddu-Du Ddu-Du” and “Boombayah”. On top of that, the leading track, “Lovesick Girls” of their newest album garnered over 61 million views within the first 24 hours by the moment its MV was aired, becoming the sixth-largest music video debut in YouTube history.

Can you believe that?

After an overflowing success of “The Album” across Asia, USA, Australia, and Europe, YG Entertainment (the official celebrity management company to handle BLΛƆKPIИK) spilt the tea about Rosé, Lisa, and Jisoo to work on their solos afterwards. We just can hardly wait to hear their well-deserved solos!

The mere fact that they are so talented, history makers and widely popular is enough reason to admire the BLΛƆKPIИK members and the K-pop group itself. Really, why does everyone love them so much? As BLINK members, we asked ourselves the same thing. That’s why we came up with these top 5 reasons to stan this girl group.

They are 4 unique girls that blend as one.

Each of these members has her own charm and is given a role that is specific to her skillset. Jennie was positioned as the group’s leader with her incredible singing and rapping expertise. Lisa, being the dance machine, is considered the main dancer and lead rapper of the group. Rosé is known for her amazing high-pitched voice that made her the main vocalist. Last but not least is Jisoo whose breathtaking beauty deserves to be hailed as the visual or the face of BLΛƆKPIИK. Her warm and extraordinary voice suits every song and her role as lead vocalist.

They fire up the stage.

Stage presence is the name of the game if you want to be a fifth member of BLΛƆKPIИK. With diverse skillset, there is no wonder how these girls can manage to offer electrifying performances that continue to wow both local and international crowds. In fact, they have made history as the first K-pop girl group to perform at Coachella not forgetting how they kicked off their first world tour in 2019. What’s best about this group is that no matter how fierce and intimidating they look on stage, they are still just a bunch of cute and clumsy girls living their dreams with their feet on the ground.

They are real-life fashion dolls.

BLΛƆKPIИK, in addition to the songs they deliver, are living fashion dolls. They are very charismatic when it comes to styling from hair and makeup to the latest fashionable wardrobe. Watch their BLΛƆKPIИK House episodes to find out how they can spell fashion without a hitch even when they’re not on stage.

Their songs are peculiar and catchy.

One of the aces of the group’s worldwide popularity is their unique genre of songs with synchronised dances. Every song that arrives has a catchy melody that we don’t need to understand the lyrics before we appreciate it and get the LSS. Is it just me or there’s just something about their songs that we can’t see from any other K-pop groups?

They have a solid friendship.

Aside from skillset and beauty, something that we adore about BLΛƆKPIИK is their strong bond with one another. In fact, we love to ship our pinks with hashtags JenLisa, ChaeLisa, JenChoo, ChaeNnie, ChaeSoo, and LiSoo as we swear how they love and care for each other.

Above it all, we love them because they are the BLΛƆKPIИK, period. 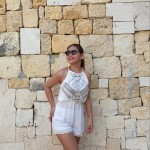 Sarah is a full-time writer whose main enthusiasm switches between good food and underrated films. Aside from writing sonnets at 6 am, she also blogs general issues and smart financing tips. When she’s not writing, she spends her precious little time thinking of what to write next.